BILK were formed in Zagreb (Croatia) in 1999. The line-up was unstable for years, until it got reduced to the steady and dedicated base. Edi Grubišić AKA Cipal, Tin Oberman and Luka Vrbanić are professional drummer, architect and a doctor, respectively, and they use their skills and gifts fully – building their sound with surgery precision. 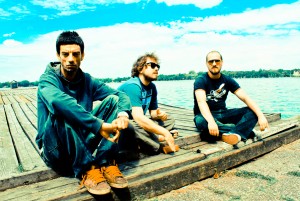 In 2005. BILK went to the legendary Kozmo Studio in Zagreb and recorded their debut album called “This BILK is Radioactive” which was released 2006. by Moonlee Records with Marko Pelaic and BILK as producers.

Their second album is in post-production phase and should be released any time soon.